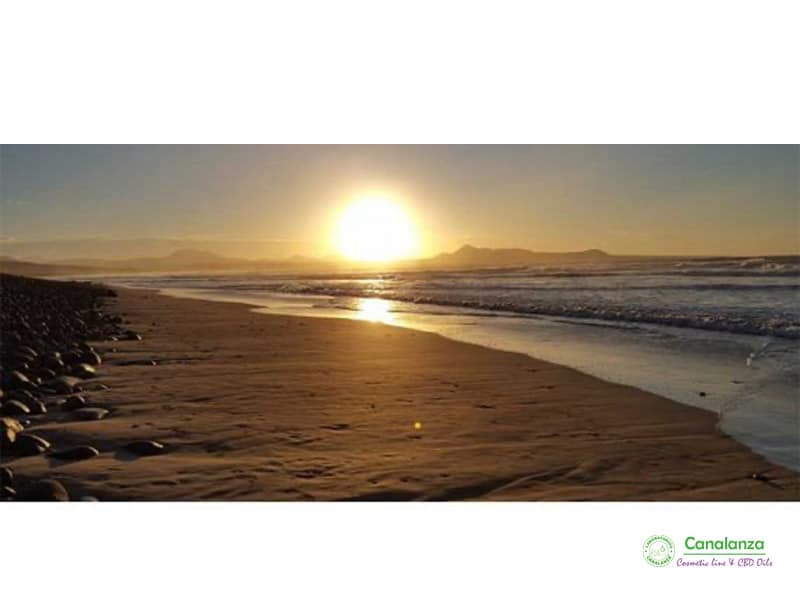 Although this disease has been considered mainly an inflammatory disorder.  The importance of neurodegenerative events in the disease has also been revealed. Thus, the possibility has been raised that CBD, due to its cytoprotective properties, may be useful in reducing oligodendrocyte death and axonal damage during the disease.

What is multiple sclerosis?

Multiple sclerosis is an autoimmune disease that progressively degenerates the central nervous system, affecting the brain and spinal cord. As a consequence of this degeneration, symptoms such as loss of motor control, loss of vision, weakening of the muscular system, generation of problems in the urinary system, chronic pain, sleep disturbances, spasticity, among others, may appear.

The role played by CBD (Cannabidiol) as a coadjuvant treatment is essential to reduce the muscle spasms developed by patients with this disease. The medicinal properties of CBD have also been shown to reduce pain, improve sleep disturbances, help combat incontinence problems and urinary discomfort, among other symptoms that may occur.

CBD has immunosuppressive and anti-inflammatory properties. It also boosts the progression of immune system T-cells towards their th2 phenotype, which helps to reduce the degree of immune destruction in affected patients.

A study conducted at the University of Catania (Italy) analysed data from 1,534 patients from different multiple sclerosis treatment centres. The research concluded that, after the first month of treatment with Cannabidiol, 61.9 per cent of patients had reduced symptoms such as cramps or night spasms, among others. 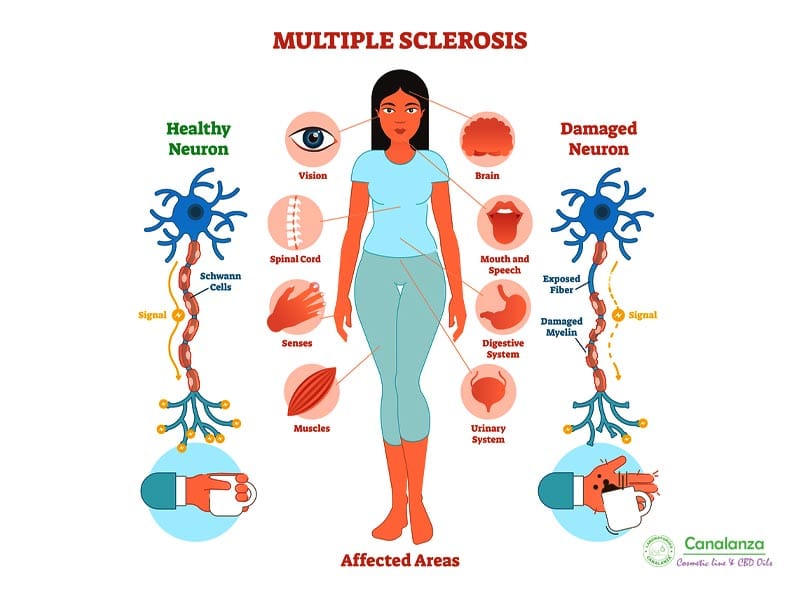 According to the Consortium of Multiple Sclerosis Centres (CMSC) and its study “Complementary and Alternative Medicine: Controversial and Unconventional Therapies” […the impact of CBD on cognitive abilities is notably less than the use of conventional therapy].

In this regard, reports are emerging of symptomatic improvement in stiffness, muscle spasms, neuropathic pain, sleep and bladder distension in patients with multiple sclerosis who treat their disease with cannabidiol.

How to take CBD oil for multiple sclerosis?

Now we know how Natural CBD Oil made by Canalanza Laboratories can help you with most common symptoms.

Our suggestion is to start using our Canalanza CBD oil with 3-5 drops. Start in the morning, before breakfast and under the tongue.

Allow the oil to dissolve in saliva for at least one minute.

Take 2-3 drops before meals and another 3-5 drops in the evening half an hour before going to bed.

For best results increase with 1-2 drops in the morning dose and 2-3 in the evening.

Our CBD oil has a natural taste due to the Extra Virgin Olive Oil used as a base. Grown and produced in Lanzarote.

To alleviate symptoms such as heavy legs, you can use our specific Volcanic heat effect cream, you will notice relief and improvement after about five minutes.

See you in the next article!

PrevPreviousHow CBD can help with fibromyalgia?
NextWhat is the best CBD oil I can buy?Next