How CBD can help for Autonomic Dysfunction

What is Autonomic Dysfunction

The autonomic nervous system controls the functions responsible for well-being and the maintenance of balance. Autonomous dysfunction occurs when the system is not properly regulated.

Diabetes is the most common cause of autonomic dysfunction. Other possible causes are autoimmune diseases, certain medications, some viruses and bacteria.

Autonomic Dysfunction Types and Side Effects 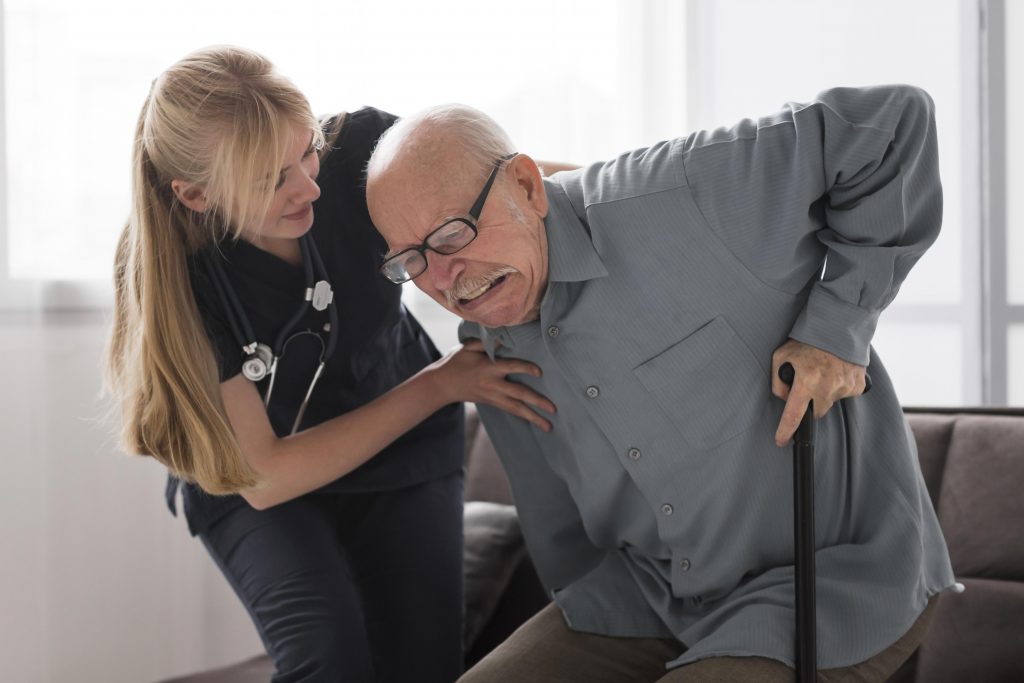 Neurocardiogenic syncope (NCS) is the most common autonomic dysfunction. It affects tens of millions of people worldwide. The main symptom is fainting, also called syncope. This can occur on occasion only, or it may be frequent enough to disrupt a person’s daily life.

Multiple system atrophy (MSA) is a fatal form of autonomic dysfunction. It has similarities to Parkinson’s disease, nonetheless, with a life expectancy of only 5 to 10 years from its diagnosis.

Orthostatic hypotension is a type of orthostatic intolerance which occurs when blood pressure drops significantly when standing up, including fainting.

Postural orthostatic tachycardia syndrome (POTS) is an abnormal increase in heart rate that occurs after sitting or standing. Is diagnosed only when orthostatic hypotension has been ruled out. And besides, there is no acute dehydration or blood loss.

Hereditary Sensory and Autonomic Neuropathy (HSAN) is a genetic disorder that affects the development and survival of certain nerve cells. Problems related to this disorder first appear during infancy. Early signs and symptoms include:

Older infants and young children may hold their breath for prolonged periods of time. Which may cause a bluish appearance of the skin or lips (cyanosis) or fainting.

Parkinson’s disease can cause orthostatic hypotension and other symptoms of ANS damage. This often causes significant disability in individuals with this disease. Several common conditions such as diabetes and alcohol abuse can include autonomic neuropathy.

There is no cure for most types of autonomic dysfunction. Nonetheless, symptomatic treatment is available for many symptoms associated with this disease, and some disease processes can be treated directly.

The prognosis for people with autonomic dysfunction depends on the particular diagnostic category. People with chronic, progressive, and generalized autonomic neuropathy generally have a poor long-term prognosis. Death can occur from pneumonia or acute breathing failure.

The illness is difficult to diagnose and an incorrect diagnosis is common. Symptoms can be mistaken for those of another condition that is already present. Diagnosis is made by functional testing of the ANS, focusing on the affected organ system. A successful diagnosis often results from collaboration between several specialists.

In any case, the neurologist will review the results of previously performed tests. And it will create a report that includes a detailed diagnosis and treatment plan.

On the one hand, the treatment can help people control their side effects and experience a better quality of life. Those treatments plans may include medications to:

On the other hand, it also helps to change life habits such as:

Another alternative may be Cognitive Behavioral Therapy (CBT), which can be combined with mindfulness.

CBT is based on the idea that thoughts and responses create negative moods. By identifying and adjusting inaccurate or distorted thoughts, moods can be improved. CBT is very helpful when it comes to chronic or recurring thoughts.

Patients with the disease can become frustrated in reaching a diagnosis and dealing with the healthcare system. So thought patterns emerge that can be detrimental to physical and psychological health.

What is CBD and How Does it Work for Autonomic Dysfunction? CBD is a component present on the cannabis plant and on hemp plants. This component is the main component to use on medicinal products.

CBD is a non addictive component. It is found on the cannabis plant and hemp plants. Always is necessary a long term contract by FDA approved or an AMPS approval to produce or to sell CBD products.

In summary, CBD is a non addictive natural compound with great potential in natural and therapeutic medicine. Today, research on the multiple benefits of CBD on improving the ailments of various diseases is encouraging.

CBD is the major no psychotropic effect component extracted from the Cannabis plant. CBD interacts with the human endocannabinoid system and has shown positive results in regulating and stabilizing it.

Cannabinoids in cannabis have been shown to stimulate neuroregeneration and limit neuronal damage. They also play a role in regulating the immune system. These effects regulate inflammatory reactions through components of adaptive and innate immune responses.

Cannabinoids have been shown to be potentially effective for autonomic neuropathy through their interaction with the endocannabinoid system. Which is a complex system, responsible for regulating various bodily processes to maintain health and prevent disease.

The modulation of the endocannabinoid system has shown to be medically beneficial by slowing down the progression of neuronal disorders. One study provided evidence that activation of CB2 receptor attenuates autonomic function after a spinal cord injury.

Some symptoms of autonomic dysfunction that CBD can help with include:

Studies indicate that CBD seems to be beneficial in preventing and treating autonomic dysfunction. In addition, it has shown to have antioxidant and neuroprotective properties. That it supports the health of the nervous system and could limit or prevent damage to the nerves. Cannabinoids found in cannabis, including CBD, have shown to be effective in limiting neuronal damage and promoting neurological regeneration.

The vasodilator effect has been shown to help normalize blood pressure in people with hypertension. So the reduction in blood pressure caused by cannabinoids can increase the risk of fainting in a person with ANS.

How to take CBD OIL for Autonomic Dysfunction? How to Buy CBD Oil for Autonomic Dysfunction online?

In a few days you will receive it with total security at home.