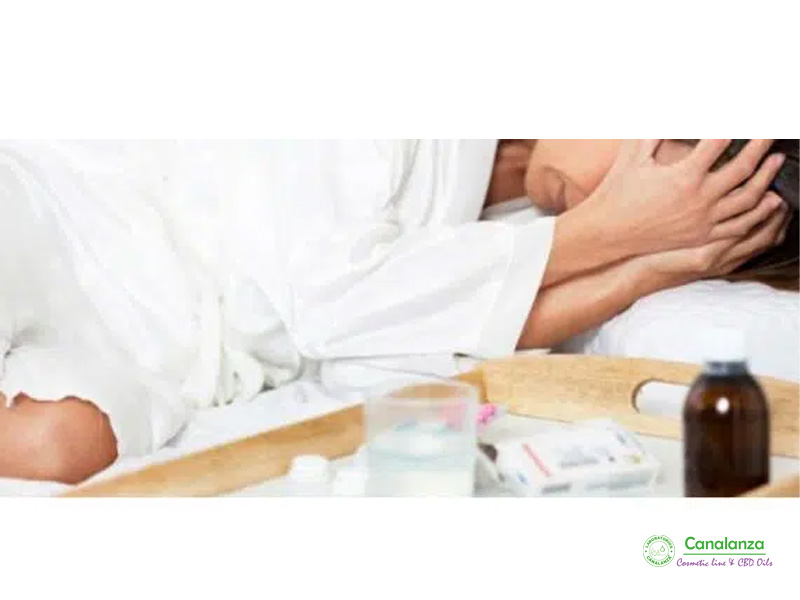 Early research showed signs that a cannabis-based product such as CBD Oil can help relieve anxiety. CBD is a type of cannabinoid, a chemical found naturally in cannabis and hemp plants. Unlike tetrahydrocannabinol (THC), another type of cannabinoid, CBD does not cause any feelings of intoxication that can be associated with cannabis. Learn more about the potential benefits of CBD oil for anxiety, and whether it might be a treatment option for you.

CBD oil is believed to work with a receptor in the brain called CB1. Receptors are small proteins attached to cells that receive chemical signals from different stimuli and help cells respond.

The exact way that CBD affects CB1 is not fully understood. However, it is believed to alter serotonin signals. Serotonin is one of the body’s chemicals that plays a role in mental health. Low serotonin levels are common in depression. Not having enough serotonin can also cause anxiety in some people.

The conventional treatment for low serotonin is selective serotonin reuptake inhibitors (SSRIs). Zoloft and Prozac are both SSRIs. CBD, for some people, can be an alternative to SSRIs for anxiety management. However, you should talk to your doctor before making any changes to your treatment plan.

THC is known to have a calming effect on the human body, proving to provide relief from anxiety attacks. This occurs when the anandamide in our bodies reacts with the THC in Cannabis. Recent studies, however, show that a different cannabinoid, known as CBD, is also having a miraculous effect on anxiety.

Other studies have found an indirect connection to panic attacks through research on anxiety. In a small study of 40 people, CBD was found to reduce anxiety in people undergoing stressful situations.

In 2011, it was found that pre-treatment with CBD significantly reduced anxiety, cognitive impairment and discomfort in speech performance, and significantly decreased alertness in their anticipatory speech helping them cope with anxiety and panic attacks.

In a publication by Mello Schier (2014), it was concluded that CB1 and CB2 receptors remained inactive after CBD administration. This suggested that the anxiolytic benefits were likely achieved by binding to the 5-HT1A receptor. This indicated that CBD appeared effective as an anxiolytic.

To fly or not to fly? For many of us this is a rhetorical question, obviously we want to fly! However, for many people it is not such an easy decision to make.

Pre-flight anxiety is a problem that affects many more people than you might think. Thousands of people are terrified at the thought of being 10000 feet above the ground in a metal container full of people they don’t know with no escape.

They may look fine on the outside, but on the inside, anxiety begins to take over the closer they get to boarding the plane, initially the tremors appear, then the feeling of tightness in the chest followed by uncontrollable breathing. Sounds awful, doesn’t it? Fortunately, we may have found a solution with CBD, so let’s take a look at it.

CBD products such as oils and creams have become quite popular in recent years, thanks to countless positive testimonials from people all over the world and various research that has proven their efficacy and safety for certain conditions. Is it legal to take it with me on a trip?

Honestly, that depends on where you are going, for example, if you are traveling in Europe, you have no problem, as CBD oil is legal in the EU as long as the THC content is less than 0.2%. However, if you are traveling outside of Europe, we recommend that you check the laws of that country before you travel.

And how does it help me with anxiety before flying/traveling?

CBD is known for many things, but one that stands out in this case is its incredibly calming effects when used in higher doses. Taking it before your flight will allow your body to relax and your brain to stop worrying, making the trip much less stressful. It can also help you sleep during your flight if you were to take enough, however, in this case, it is best if you are traveling with someone so they can wake you up when you arrive.

Taking CBD to help calm your nerves before a flight will have excellent results. And who knows, you may want to take your next trip before you know it.

If you’ve used CBD to help you with flight anxiety before and would like to let us know if it helped, leave a comment in the comments section below so others can read your experience and maybe even make the decision to go on vacation themselves.

What is the posology of CBD for Anxiety?

We always say that is necessary to talk with your doctor about the CBD and a control of the dosage. Too much CBD will not be absorbed by the body and as it comes in it will go out. Not for taking a lot of CBD means that will help you faster. Remember that this is natural and the effects on the body are not the same as a chemical pill. CBD will never leave you a residue or will give you a side effect

What is the posology of CBD for a panic attack?

If you are in the middle of a stress moment in a panic attack or maybe you are loosing control or loosing the connection with reality, just stop straightaway and take 5 drops under the tongue leaving it to mix it with saliva for 15 seconds.

All the sensations that you could feel in your stomach those nervous and also the muscular contraction will release and cease and dissapear between 5-10 minutes.

Taking CBD to help calm your nerves before a flight will have excellent results. And who knows, you may want to take your next trip before you know it.

If you’ve used CBD to help with anxiety about flying before and would like to let us know if it helped, leave a comment in the comments section below so others can read your experience and maybe even make the decision to go on vacation themselves.