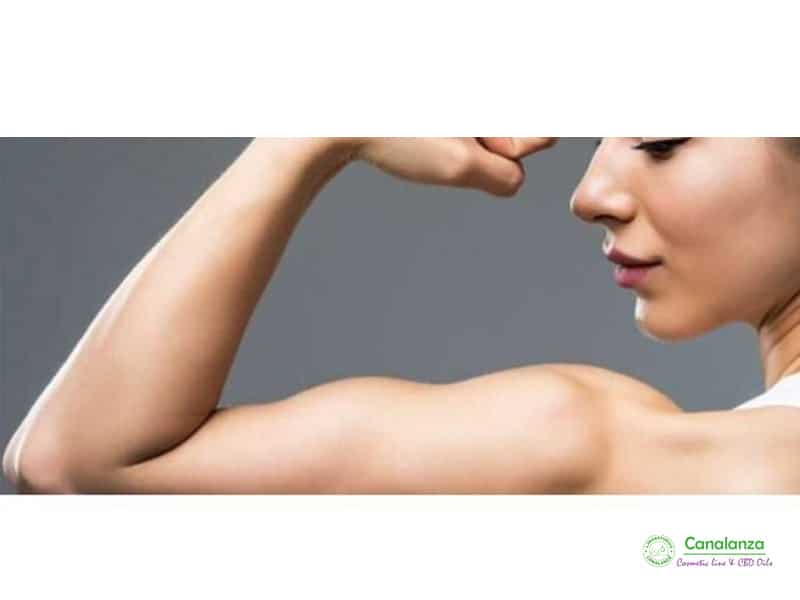 How CBD can help for Muscular Dystrophy.

Muscular dystrophy (DM) is a very serious disease process that affects many people around the world. Approximately 200,000 cases per year. In short, DM is a group of genetic diseases that cause progressive weakness and loss of muscle mass.

In muscular dystrophies, abnormal genes (mutations) lead to muscle degeneration, causing the damaged muscles to become progressively weaker. Most people who have the condition eventually need a wheelchair. Other symptoms may include difficulty breathing or swallowing.

What are the types of muscular dystrophy?

There are more than 30 different types of muscular dystrophy. Some of the more common forms include:

Duchenne muscular dystrophy (DMD): This condition tends to affect boys between the ages of 2 to 5, but girls can get it, too. You may notice that your toddler has a hard time running, walking or jumping. As the disease progresses, it can affect a child’s heart and lungs. DMD is the most common form of muscular dystrophy. It affects approximately six out of 100,000 children in North America and Europe.

Becker muscular dystrophy (BMD): BMD is the second most common muscular dystrophy. Symptoms of BMD can appear anytime between age 5 and 60, but typically come on during the teen years. Males are more likely to get BMD. The disease affects the hip, thigh and shoulder muscles, and eventually the heart. Approximately one out of 18,000 to 30,000 U.S. boys develop BMD.

Facioscapulohumeral muscular dystrophy (FSHD): FSHD is the third most common muscular dystrophy. The disease affects muscles in the face, shoulder blades and upper arms. Symptoms tend to appear before age 20. About four out of 100,000 people in the U.S. have this form.

Congenital muscular dystrophies (CMD): Congenital conditions like CMD are present at birth. An infant may have weak muscles, a curved spine and joints that are too stiff or loose. Children with CMD may have learning disabilities, seizures and vision problems.

Emery-Dreiffus muscular dystrophy (EDMD): This condition tends to affect children. Symptoms, such as weak shoulders, upper arms and calf muscles, appear by age 10. EDMD also affects the heart.
Limb-girdle muscular dystrophy (LGMD): This disease affects the muscles closest to the body including the shoulders and hips. It affects people of all ages. Approximately two out of 100,000 people in the U.S. have LGMD.

Myotonic dystrophy: People with myotonia have trouble relaxing their muscles.The disease also affects the heart and lungs. This condition tends to affect adults of European descent and occurs in approximately 10 out of 100,000 people.

Oculopharyngeal muscular dystrophy (OPMD): This rare form of muscular dystrophy weakens muscles in the eyelids and throat. Symptoms, such as droopy eyelids (ptosis) and difficulty swallowing (dysphagia), often appear between the 40s and 60s.
Causes
Genetic mutations, or changes, cause most forms of muscular dystrophy. One or both parents may pass a faulty gene to their child even if the parent doesn’t have the condition. Rarely, a person develops muscular dystrophy spontaneously, meaning there’s no known cause.

Heart problems, such as arrhythmia and heart failure (cardiomyopathy).

Muscular dystrophy occurs due to the absence of a protein necessary for the proper functioning of the muscles.

The disease also causes the muscle to be replaced by too many scars and fat, which makes the muscles appear larger than they really are. Often, patients with muscular dystrophy suffer from extreme pain.

How CBD can help for Muscular Dystrophy.

A 1977 study found that mice with muscular dystrophy showed that by giving them CBD they improved. This compound can also benefit those who suffer from this condition because involuntary muscle tension and pain are common, and CBD regulates the release of the central nervous system and the neurotransmitters that help relieve pain.

With powerful anti-inflammatory and pain-reducing properties, CBD provides relief in a variety of ways. Reducing pain and inflammation are two of the most accepted therapeutic benefits of CBD and cbd oil. However, to really understand why CBD works, we must look to the endocannabinoid system of the body, the homeostatic regulator that keeps us in balance.

PrevPreviousHow CBD can help for hair
NextHow can CBD help with Reiter’s Syndrome?Next