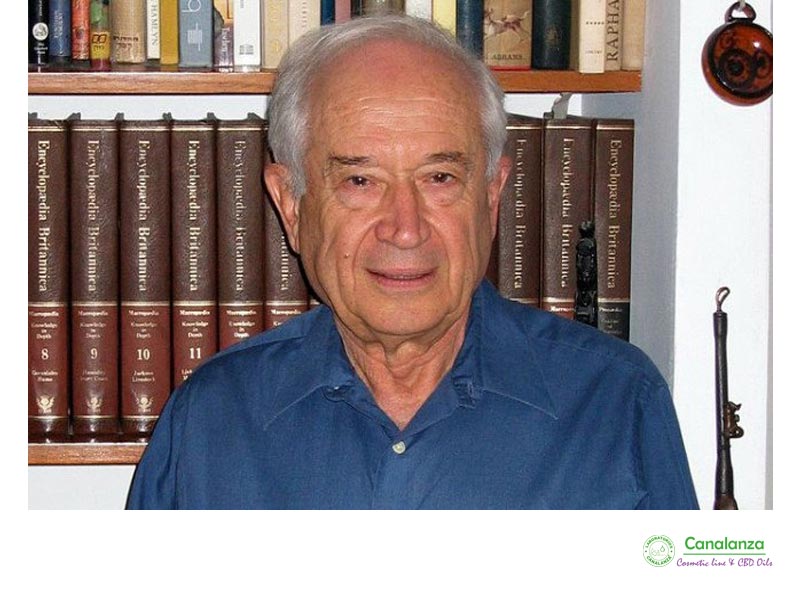 Raphael Mechoulam is the father of modern cannabis and discovered CBD from the marijuana plant. Cannabis has a very long history and the list of components that make up this plant, more than 600 so far known, means that research into its health benefits has made it an increasingly desirable plant in many sectors.

The discovery of cannabinoids was one of the great discoveries, especially the two most important ones: THC and CBD. Although both have a similar level of relevance, we will focus on cannabidiol, or CBD.

The discovery of the cannabis plant and its uses may date back to 8000 BC, but the identification of its cannabinoids is fairly recent. The first time the CBD component was isolated from the cannabis plant was in 1940 by Roger Adams, a Harvard chemist. However, it was not until 1960 that Raphael Mechoulam, an organic chemist and Professor of Medicinal Chemistry at the Hebrew University of Jerusalem, rediscovered CBD and identified it as such.

Dr. Mechoulam also identified the psychotropic compound found in the cannabis plant, THC. For these two major discoveries, he is considered the father of modern cannabis. The doctor and chemistry professor was born in 1930 in Sofia, Bulgaria, although he has lived most of his life in Israel.

Unfortunately, there are many countries in which the plant is seen as a stigma, and legal research involves a lot of bureaucracy and high licensing costs (although this also depends on the country). Despite this, Dr. Mechoulam is positive about the advances in medical cannabis, as he has admitted in several interviews. Even so, he believes that much research and clinical trials are still needed before cannabis can be used for medicinal purposes. Dr. Mechoulam regrets that many patients with complex diseases and painful processes cannot alleviate their ailments with the use of CBD, because it has not yet been seen as a legal alternative.

Thanks to this researcher and professor, we now know about the synthesis of THC and CBD, and how these two cannabinoids work in our organism and endocannabinoid system, and most importantly, what each one can be used for.

His research has always been closely linked to the field of medical cannabis. His groundbreaking discoveries have won him several awards such as the David Bloom Prize of the Hebrew University in pharmacological research. He also won the Banff Prize in Germany for his study of the components of the cannabis plant, among many others.

Dr. Mechoulam is an eminent figure in the cannabis and pharmacological world. He has contributed substantially to the medical field to improve the quality of life of patients with chronic diseases. He has done this through the discovery of CBD, as well as its many beneficial properties.

Now it is up to us researchers and disseminators to publicise the work and dedication of this Doctor and University Professor so that his work does not fall into oblivion and so that more resources and information about the health benefits of cannabinoids are made available and applied in the field of medicine, accompanied by the law.