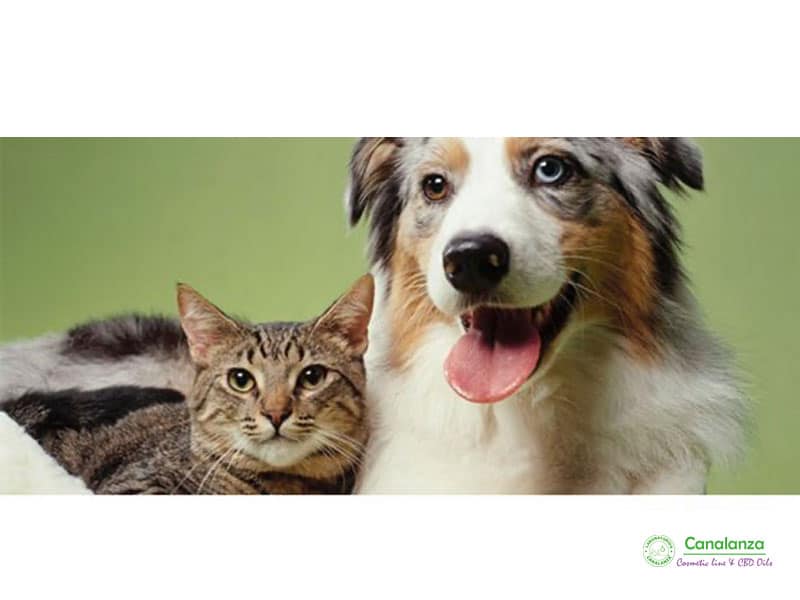 CBD for Dogs and their Endocannabinoid System

What is an Endocannabinoid System and how does it work ?

Nowadays, the word pet means a lot more important than before, especially when we talk about our dogs. Dogs have earned the title of friends and that is no surprise taking into account that they´ve been with us for more than 40000 years. Most pet owners think of their dog as part of the family. That is why we need to give them CBD oils, such as cannabidiol CBD oil.

Found in nearly all animals, from mammals to the more primitive phyla such as Cnidaria, the early emergence of the endocannabinoid system ECS in the evolution of the Phyla, indicates its biological importance. All animals, including vertebrates (mammals, birds, reptiles, and fish) and invertebrates (sea urchins, leeches, mussels, nematodes, and others) have been found to have endocannabinoid systems.

The Hydra (H. vulgaris), a cnidarian in the class Hydrozoa, is one of the first animals with a neural network. The major function of the ECS in this primitive organism was determined by De Petrocellis in 1999, to control its feeding response.

Since the evidence indicates that all veterinary species have an ECS, an understanding in these species of the role of the endocannabinoid system will be vital for developing clinical applications. Both for the endogenous cannabinoid receptors and associated molecules, and the plant molecules derived primarily from Cannabis sativa L, THC and CBD, such as the phytocannabinoids, terpenes, and flavonoids.

So if you would recommend your best friend to use CBD or hemp oils  for his conditions, why wouldn’t you use it for your dog too?

How CBD interacts with pets

Just like us humans, dogs and cats also have an endocannabinoid system. The prime signalling network boasts a wide range of functions.

Similarly to any animal, in dogs, the ECS also generates adjustments to the body at times when external factors disrupt the body tasks and helps in bringing the body back to homeostasis.

The most important functions monitored by the ECS are:

It’s crucial to have a well-functioning ECS to maintain good health and wellness for both our furry friends and us.

According to researchers, it has been found that the endocannabinoid system in dogs controls the gastrointestinal tract functions. It is also believed to affect the spinal cord as part of the central nervous system that is responsible for appetite. Scientists also claim that the ECS plays a significant role in regulating hormones that are linked to the reproductive system and stress.

Apart from that, the ECS also regulates inflammation caused by infection or damaged tissues.

CBD oil for Pets but without THC

Choose your CBD products without any THC or chemicals. The psychoactive component from the cannabidiol, which is more entertaining for some of us, but not really much for our animal.

Pets metabolise cannabinoids a lot slower than humans do. They can feel the effects of CBD for up to 24 hours or longer, which is a good deal. While we are thinking of the health benefits of CBD.

THC is another story or tetrahydrocannabinol THC. When the animal consumes too much THC, it leads to them dealing with:

As a CBR agonist, the psychoactive effects of THC are negligible in all veterinary species. Dogs in particular will suffer from “Static Ataxia” upon exposure to THC at doses >0.5 mg/kg. As a result of this exquisite sensitivity of dogs, in the United States, those states with medical or adult use marijuana laws have seen an increase in Animal ER admissions for THC toxicosis.

A report of the summary of calls to the Pet Poison Hotline found a relatively good safety profile for CBD, and THC, when given in moderate amounts, is good for the peripheral nervous system.

Oral tolerance to THC can be achieved in the dog following 7–10 days of a low, sub-psychotropic dose of 0.05–0.1 mg/kg twice daily by mouth. This will remove the adverse neurological effects of THC, described as “Static Ataxia” but will still be curatively effective, despite sedative effects at higher doses of THC. Concurrent use of CBD in equal or greater amounts than THC will assist in this tolerizing process.

The Endocannabinoid System of animals is much more sensitive than ours, because of the spinal cord.For example, while we have to consume approximately 2-3 drops of CBD oil 3 times a day for arthritis, (according to the size of the dog) they only need 1-2 drops daily.

CBD oil is an easy and effective way to treat problems.

It is clear that the endocannabinoid system is not just present in nearly all animals, but plays an integral role in maintaining homeostasis for a number of organ systems. The endocannabinoid system modulates the nervous and immune systems and other organ systems. Through a complex system of receptors and chemical signaling molecules to relieve pain and inflammation, modulate metabolism and neurologic function, promote healthy digestive processes, and support reproductive function and embryologic development.

The future looks bright as cannabinoid research, in the post-cannabis or cannabis products prohibition era, is finally able to provide additional discoveries regarding the role the endocannabinoid system plays in the pathogenesis of disease, and the maintenance of health with the cannabis plant.

CBD for pets is a great way to help our pets and treat their diseases naturally. With patience, our furry friends lose their resilience as well. The cb1 and cb2 receptors are giving them CBD oil. Is an easy and effective way to treat problems, just like some of the most common health issues that dogs can have at their bodily functions:

How many drops to give

It depends of the weight of your pet. Pets between 1-5kg just 2 drops in the morning and 2 in the evening. That’s all.

Pets between 5-10kg just 2-3 drops in the morning and the same in the evening.

Never give more than 4 drops to your beloved furry.

If you follow this little and simple indications, you will be given an extra help to your pets and for sure will be much better.

I leave you the link of our CBD oil for pets

Web | + posts
PrevPreviousIs it safe to take my CBD and drink alcohol after?
NextCBD after a long working dayNext

This website uses cookies to improve your experience while you navigate through the website. Out of these cookies, the cookies that are categorized as necessary are stored on your browser as they are essential for the working of basic functionalities of the website. We also use third-party cookies that help us analyze and understand how you use this website. These cookies will be stored in your browser only with your consent. You also have the option to opt-out of these cookies. But opting out of some of these cookies may have an effect on your browsing experience.
Necessary Always Enabled
Necessary cookies are absolutely essential for the website to function properly. This category only includes cookies that ensures basic functionalities and security features of the website. These cookies do not store any personal information.
Non-necessary
Any cookies that may not be particularly necessary for the website to function and is used specifically to collect user personal data via analytics, ads, other embedded contents are termed as non-necessary cookies. It is mandatory to procure user consent prior to running these cookies on your website.
SAVE & ACCEPT
<script type="rocketlazyloadscrip